ELIZABETH DOLE GETS STRENGTH FROM LORD FOR PUBLIC SERVICE 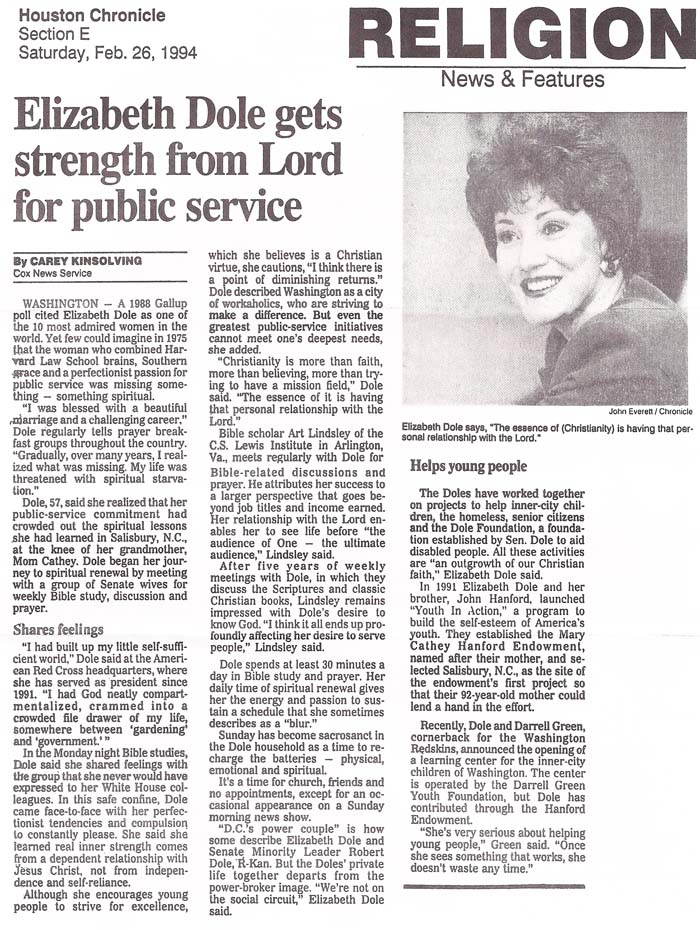 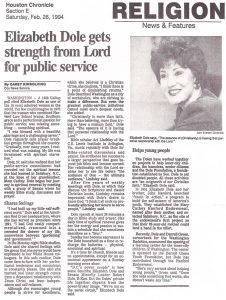