I Once Thought Heaven Was a Reward to Be Earned 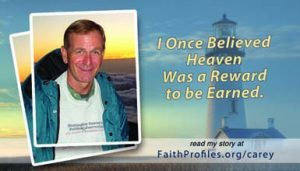